A downloadable game for Windows, macOS, and Linux

Note: v0.2.1 is the demo which contains the first four chapters.

Caladria is a futuristic planet with five countries: Dreilune, Tamarin, Nephrine, Werethia and Caeldori. Each country has its own individual features, some were inspired by Earth as time went on. Nerisu Himenomiya, the princess of Dreilune, lives her everyday life with her childhood friends as she attends high school. Sooner or later, her childhood friends, the Otori twins, get kidnapped and it turns out Nephrine has plans that involve the whole world...

If you wish to help contribute to the development of the game, go to our Ko-fi and check it out! Ko-fi here!

In order to download this game you must purchase it at or above the minimum price of $5.99 USD. You will get access to the following files:

wait i change my mind.

Clearly it's the creator's baby, Nerisu!

I wasn't really sure what to expect from this, but the screenshots looked nice so figured why not give it a go :D

Okay, the art and music in this are really pretty. Especially the BGs. They're extremely well done. It has voice acting too which was a pleasant surprise. I couldn't find a list of credits anywhere, but the VAs are pretty good for the most part! Especially as this is just a demo.

The description here on itch doesn't really do it justice. The story is about a group of chuunibyous (kids who think they have superpowers) who all go to school together. They each have their own nicknames they call each other, like Tornado Terror, Ragnarok's something, etc. It has a bit of a Lucky Star slice of life vibe, but it breaks the fourth wall. Alot. Be ready for that if it's your thing.

It gets a little confusing since it's not super clear what's part of the real world and what's in their imaginations. The characters (and the game description for some reason) refer to sci-fi elements, but the visuals and narration also lead you to believe they're in Japan. There's a princess, a Wizard, and some kind of sword-wielding fighter, but they're also all normal high school kids who don't seem to be special at all. So it's not really easy to know what's real vs. what's chuuni, but overall it's more of a happy slice-of-life than anything.

Overall it's not bad. The art and music are great! The story/characters didn't really resonate with me all that much, but that's not to say they won't with you. There definitely needs to be a credits page added to the game so we can at least see who worked on what. A back button would be nice too (this doesn't have choices). 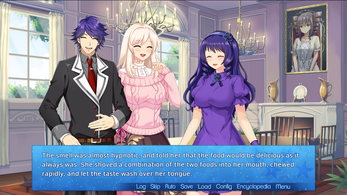 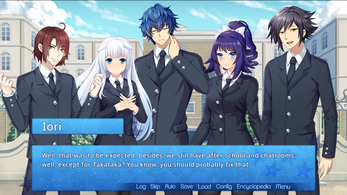 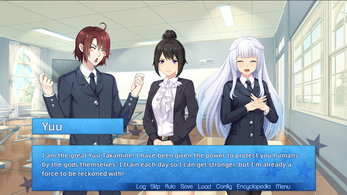 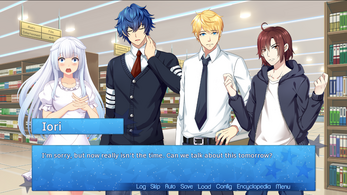 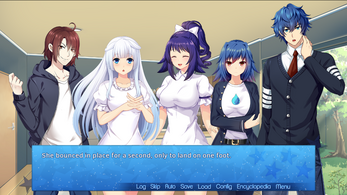 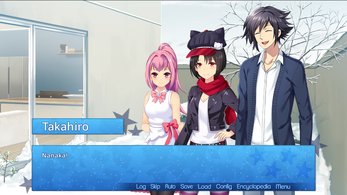 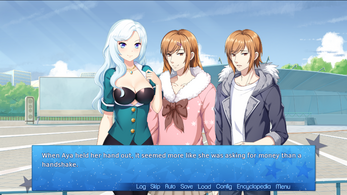