A downloadable game for Windows, macOS, and Linux

Meet Celeste, a homunculus who finds herself in Caeldori after her creator ran away from their lab being destroyed. She meets Floris and Gabriel, two girls in a quest group who are on a "bonding trip" to get closer to one another. She finds out more about herself as her bonds tighten with the two girls, maybe she even finds her creator again...?

- A good and bad ending for both heroines

If you wish to help contribute to the development of the game, go to our Ko-fi and check it out! Ko-fi here!

To play the Linux build, you just open the py or sh files on the Windows build.

it's a shame that game starts so sudennly... no prologue? no intro? no story about begenning of their adventure? no explanation about the interesting lore? now even the very short scene?
And they mention some characters but  I don't know who they are? At least it all gets explained a little bit later.

good story... and it's gets more complicated than i'd guess.

interesting characters. I like Floris the most. she has unusual looks and mild personality.   but Gabriel has has her own "f***ing" charm too.
It's hard to make opinion about Celeste... she's a bit plain and cold in comparison to these two. but i like her too :)

good artstyle, but more sprites for girls,a bit  more CGs and better backgrounds would be nice 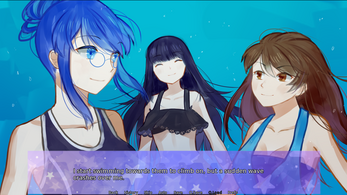 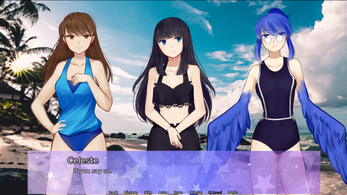 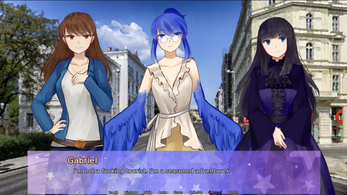